To write this blog post,  I have to look up “Japanese Pancake” from the internet and found the Japanese translation: Okonomiyaki.   We didn’t have Okonomiyaki because we were heading to Tsukishima – home of another variant of the Japanese pancake: Monjayaki.   You can’t get more authentic and Japanese than this.  Tsukishima has a street called Monja st.  It is said that Monjayaki was invented on that street. 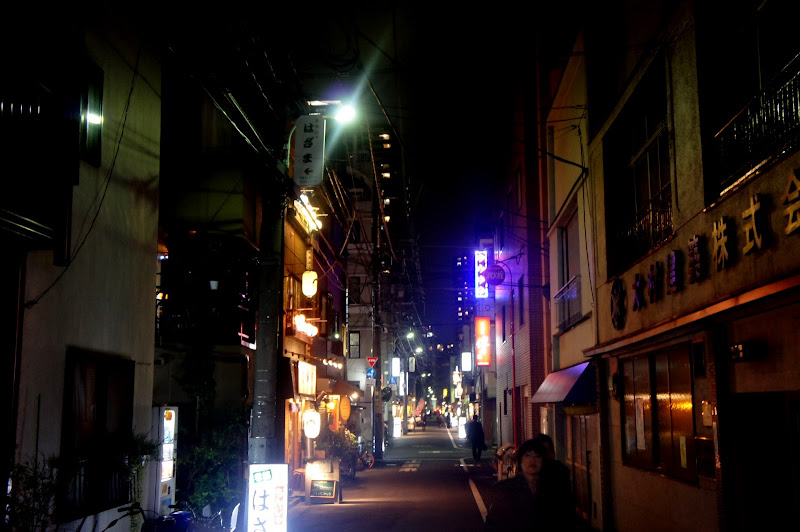 A Street in Tsukishima 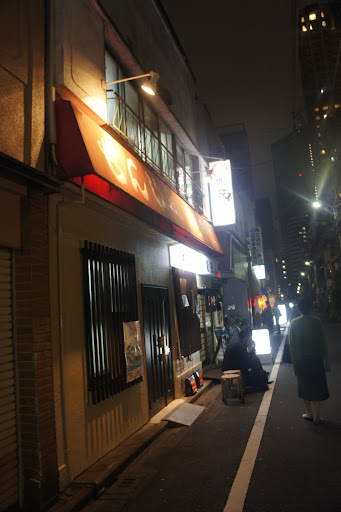 One of the Traditional Style Restaurants in Tsukishima 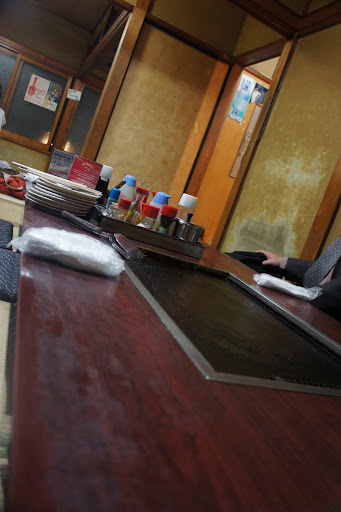 For this dining experience, we entered a traditional Japanese house.  We sat on the floor and our table has a frying area similar to what you will see in the more familiar Teppanyaki.  In fact – part of the meal was Teppanyaki.    Imagine a small house with a dozen Teppan pans – and Japanese men and women enthusiastically grilling their food – after the dinner – I smelled like Grilled meat and Vegetables.  As I write this two days after,  the smell of delicious grilled food is still in my mind. 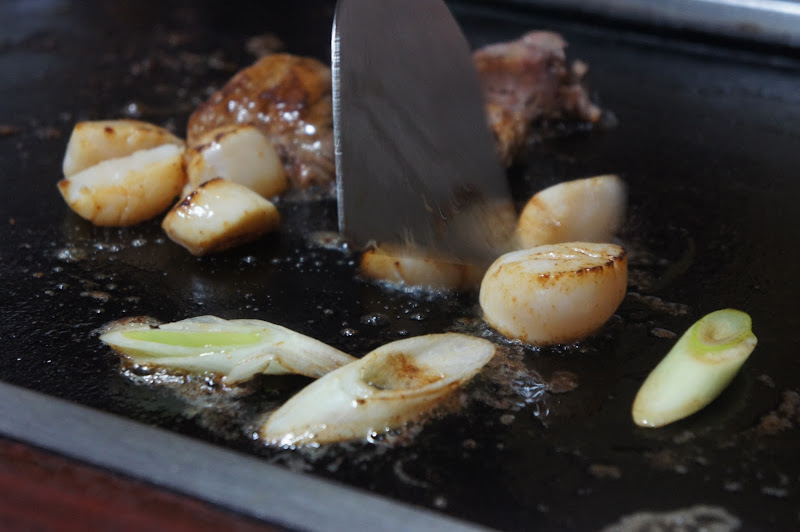 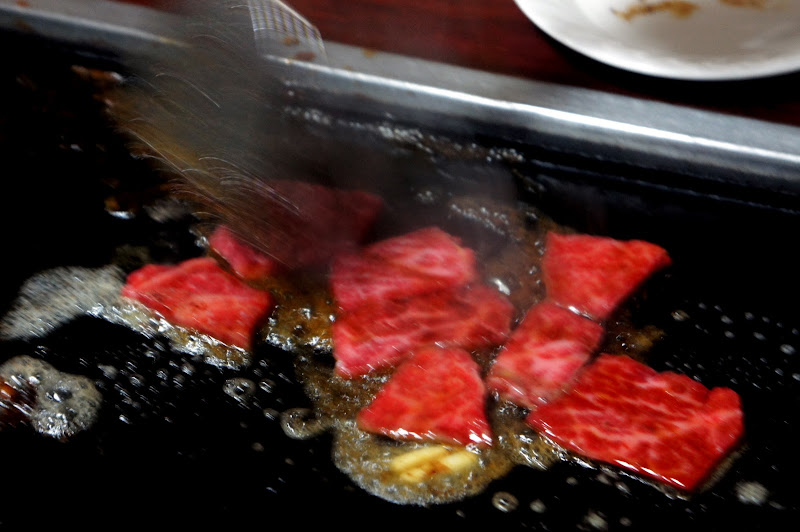 I was with a predominantly male group.  There was one lady from our Manila office, and one lady from my team in Japan.  The two men that I spoke with don’t like cooking – so we asked the lady from the restaurant to cook our Monjayaki.  Our other Male colleagues cooked on the other end of the table.  Watching them cook their “versions” of Monjayaki looked like watching an Iron Chef match. 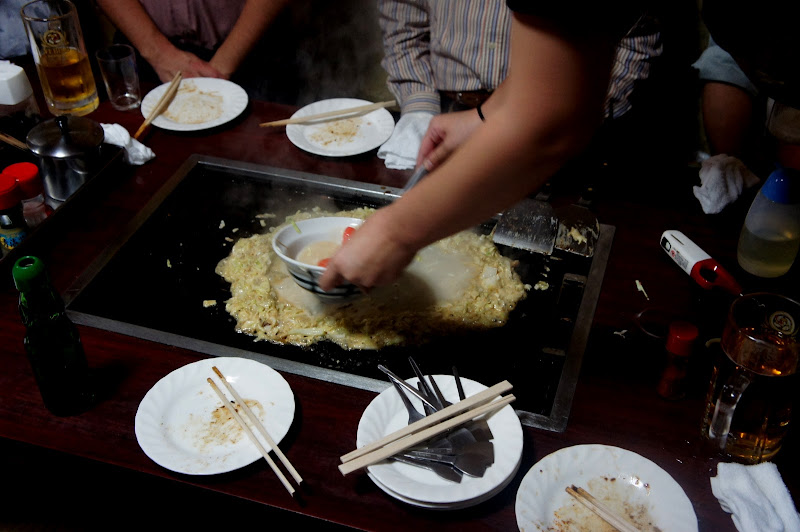 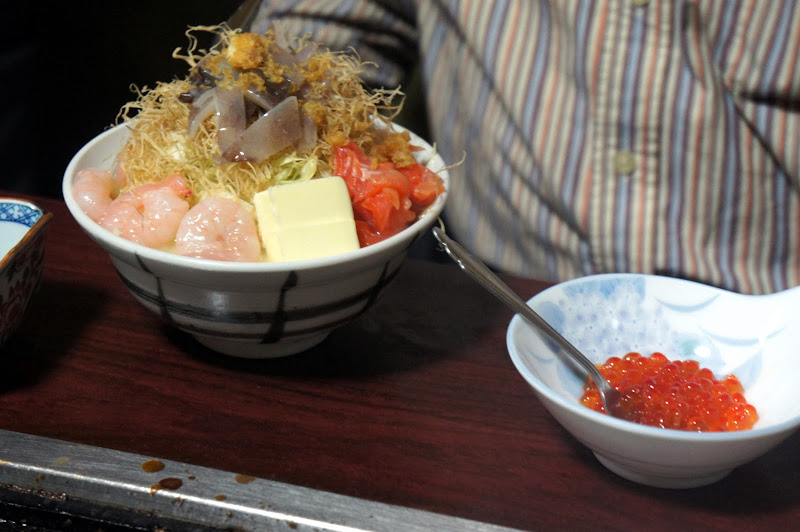 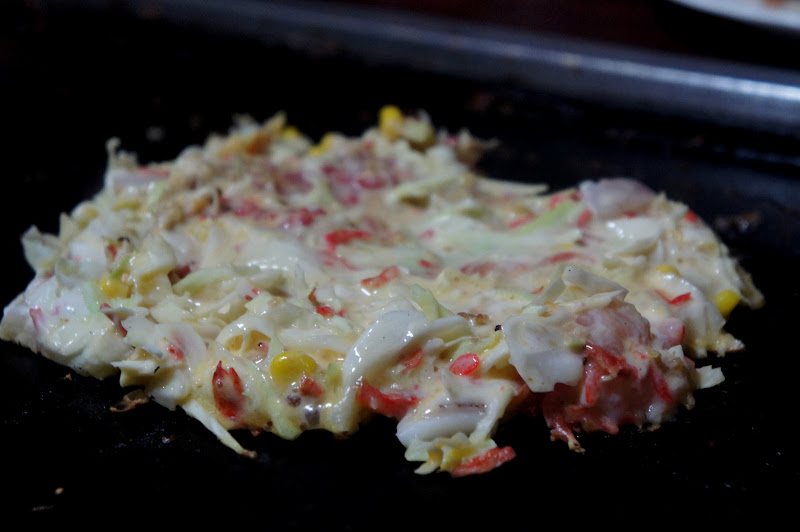 It was a great dinner with great food.  Our Japanese hosts on that night were gracious as always.   It also seems like they  realized that I’ve been drinking too much the whole week and we ended early.  Or  maybe they wanted to get home to their family for the weekend.   Whatever the reason – I was happy that I had the great dinner without the binge drinking.