I was exploring Baguio City on New Year's eve for any photo opportunities that will allow me to showcase parts of Baguio which is less known to the tourists.  I walked towards Harrison Road - and ended up in a parking lot next to the Melvin Jones stadium.  Apparently - there are inline skaters who hang out in that area.  I asked one of them if I can take pictures of them - and he said yes.

Action shots are not easy to photograph.  You need a fast shutter speed if you want to freeze the action.  It would be nice to have shallow depth of field to highlight the person/figure in action and blur the background - but since the subject is moving there's a risk of having the subject move out of focus.  Because of these conditions,  I decided to set my aperture wide open.  The settings of  my camera for these shots are mostly  at an aperture of f/10 and a shutter speed of 1/500.   I decided to have the final photos in black and white. 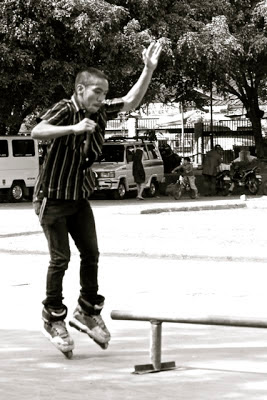 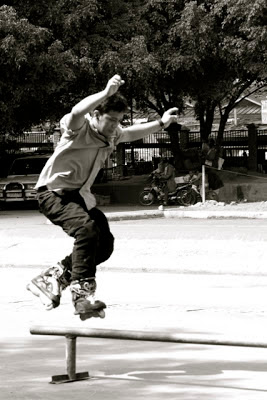 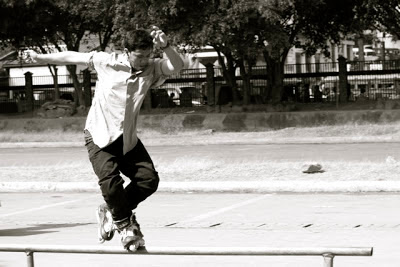 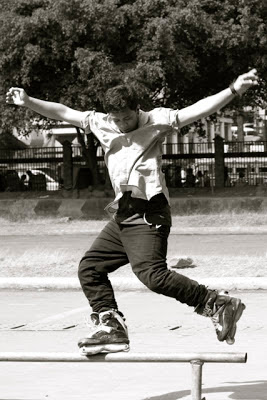 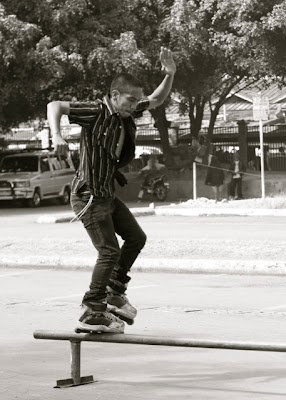 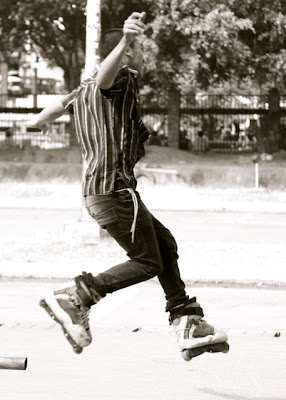 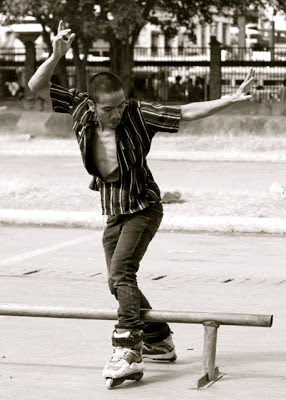 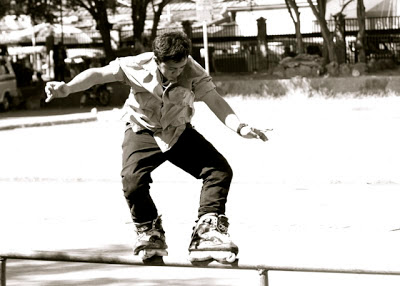 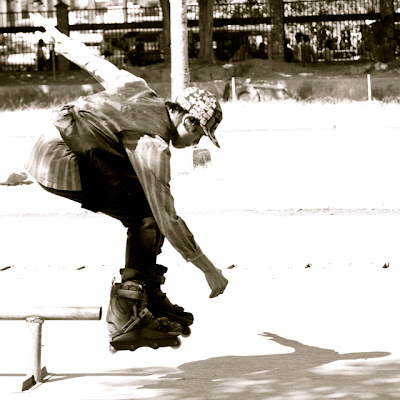 Email ThisBlogThis!Share to TwitterShare to FacebookShare to Pinterest
Labels: Darkroom